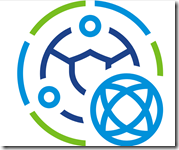 In this blog article I will first give you some history of the NSX product and how it evolved to the current product that we all know today. Next I will explain the security use case for NSX. And show you step by step how to implement this in your environment.

A bit of history
In 2012, VMware acquired a company called Nicira. One year later VMware launched of the first NSX product from to the public. One year later in 2013 VMware launched NSX for vSphere (NSX-V). NSX-V came with its limitations. To name a few It was tied into vCenter and it was not possible to create multi-tier routing. In 2016 came VMware launched NSX 1.0 which later evolved into NSX Datacenter. Now fast forward to January 22 of 2022, on this day VMware release NSX for Datacenter version 3.2.0.1. This release came with a long list of improvement on his predecessor. The migration and upgrade assistance is very much improved to allow this version to operate in a wide variation of environments. Another big change is the launch of the Kubernetes bases NSX Application Platform. END_OF_DOCUMENT_TOKEN_TO_BE_REPLACED