After all the nodes where back up again I was not able to logon to the Management environment, the designated Virtual IP (VIP) appeared to be down.  When I connected to the first NSX-T Manager machine I was presented with a message indicated that the upgrade had not fully completed. When I executed the following command at the prompt Get upgrade progress-status I was presented with the following output: 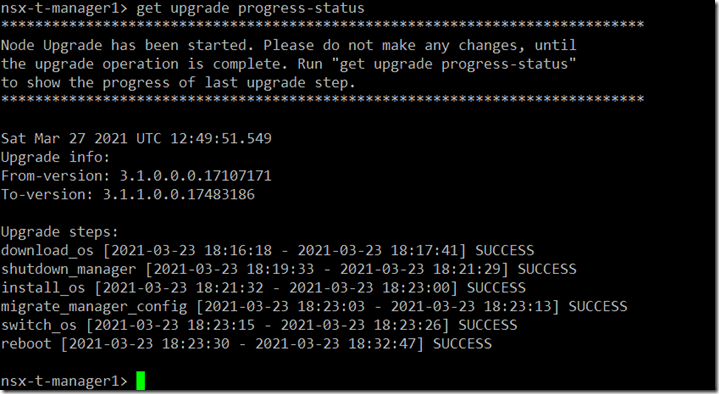 The output shows that all the upgrade steps where completed successfully. When I connected to the second NSX-T manager machine I got the same output.

I then connected to the third NSX-T Manager, this one was not completed and caused the other NSX-T managers to remain in the upgrading status and the Management VIP to remain unavailable.

The upgrade process resumed and completed successfully in a manner of minutes, after which the environment became functional again and Management VIP became accessible again.